The True Story of the Man-Made Disaster That Struck the Village of Sandy Hook, Connecticut on December 14, 2012

Early on a Friday morning, in a pale yellow house at the top of a hill, a young man with a gun creeps into his mother’s bedroom, and puts his plan into action.

Part I: Over the Horizon

Stockton, California: In January 1989, a disturbed wannabe-soldier attacks his old elementary school, using a rifle that soon becomes the focus of controversy.

Nancy Champion’s upbringing in rural Kingston, New Hampshire, inspires her plans to start a family of her own with her high-school sweetheart, Peter Lanza.

1989: California responds emphatically to the Stockton shooting. Shockwaves are felt in DC, in the gun industry, and in the NRA. President George HW Bush looks for a compromise.

A deranged gunman attacks a Luby’s Cafeteria in Texas, setting a dark new record. Meanwhile, in DC, Congress reacts to the news mid-session — while debating a gun bill.

Nancy’s troubled 2nd pregnancy leads to professional setbacks. But all concerns are secondary to the health of her young son: the boy who never wants to speak.

Nancy finds a friend in Marvin Lafontaine, and the Lanza boys join his scout troop. Nancy soon grows concerned, as her best efforts to socialize her son fail to bring him out of his shell.

Clinton takes office, and shortly signs the Brady Bill and Federal Assault Weapons Ban into law. The NRA’s Wayne LaPierre shares his visions of a “final war.” Connecticut wrestles with banning guns, against its own economic interests.

The school-shooting phenomenon suddenly returns in the mid-1990’s, as an apocalyptic meme that picks up dark, new traits each time it passes from one alienated teenage boy to the next.

Nancy has doubts about her marriage, but when her husband lands a dream job, it brings the opportunity of moving to Sandy Hook, Connecticut, where her son can attend a school with a golden reputation.

A demented former boy scout leader attacks an elementary school in Dunblane, Scotland in 1996. The people of the United Kingdom respond, and gun culture in the UK is never the same. 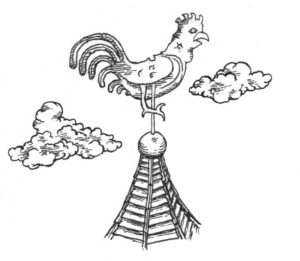 Chapter 11: The Village (a brief history of Newtown)

The settlement of Newtown appears in Connecticut in 1705, and grows throughout revolutions of faith, government, and industry, into the town that would greet the Lanza family.

Chapter 13: The Ghost in the Cabin

The authorities finally identify Ted Kaczynski as the mysterious “Unabomber,” and lock him away in Supermax — but not before spreading his “manifesto” far and wide.

Mayors across the US declare war on the gun industry, and in response, the country’s “other” gun lobby joins the fight: the National Shooting Sports Foundation (NSSF), from Newtown, Connecticut.

Nancy sets down roots in Newtown, and reconnects with Marvin by email. One night, a passing comment about President Clinton sets her off.

As Newtown reacts to the Columbine attack, the facts of the event already start to blur with myth. Meanwhile, Nancy Lanza shares a shocking secret about her health.

A month after Columbine, the nation’s political machinery struggles to close the “Gun Show Loophole.” But the copycat shootings have already begun.

The FBI’s profilers take on a seemingly impossible task: the “profile” for a school shooter. When the Secret Service looks into the phenomenon, their agents sense something familiar.

The real secret about Nancy Lanza’s health turns out to be darker than anything she’s told even her closest friends.

In late 1999, the Columbine shooters’ messages from beyond the grave are revealed, and their contents shatter myths about “NBK.” Meanwhile, Nancy’s son’s development continues to falter at Sandy Hook Elementary.

The “Million Mom March” makes gun rights a major focus of the 2000 election. When the votes are finally counted in the controversial contest, the NRA and NSSF celebrate their candidate’s victory.

Chapter 23: The Ghost in the Cage

Inside Supermax, the Unabomber shares philosophy with Tim McVeigh. In Newtown, Nancy’s son struggles through 4th grade. On 9/11, the world changes, just before Lanzas fall apart. 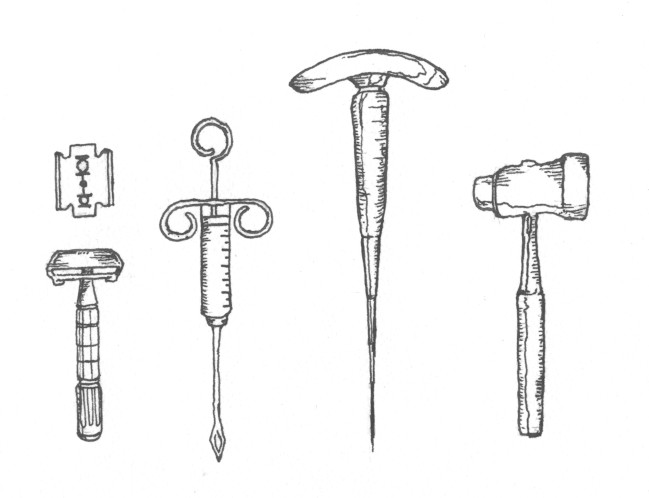 Chapter 24: The Hospital (a brief history of Fairfield State Hospital)

From the 1930’s to the 1990’s, the rise and fall of the nation’s state-run mental health care system is seen through the history of Fairfield State Hospital, in Newtown.

In the 5th grade at Sandy Hook Elementary School, Nancy’s son keeps a reading journal, and records some of his reactions to the existentially-themed children’s novel Tuck Everlasting.

A mysterious sniper brings terror to the nation’s capital in the fall of 2002. When they are finally brought to justice, the murder weapon brings a whole new batch of problems for America’s gun industry.

Chapter 27: The Big Book of Granny

In 2003, the NSSF unveils their grand plan to stop gun lawsuits: the Protection of Lawful Commerce in Arms Act (PLCAA). But in the wake of the DC Sniper shootings, the legislation faces a difficult path.

Chapter 29: On Time, On Budget

Nancy’s son moves to a new school for grades 5 and 6, while Homeland Security bulletins send Newtown scrambling to buy duct tape and plastic sheeting, as the 2nd Iraq war begins.

In 2004, the Federal Assault Weapons Ban expires, but CT still has its state law. In Newtown, Nancy’s son starts grade 7 at the middle school, and faces an intimidating environment.

In 2005, the worst school shooting since Columbine strikes a native community in Minnesota, and shows that lockdown drills and active-shooter protocols won’t be enough to stop the phenomenon.

Overwhelmed in the halls of Newtown’s huge public middle school, Nancy’s son experiences “issues.” To soothe his anxieties, she moves him to a small Catholic school. But nothing seems to work.

In Tyler, Texas, a courageous “good guy with a gun” named Mark Wilson happens to be on the scene when a mass shooter attacks. Mark shoots back.

Nancy sends her son back to Newtown Middle School, for the start of the 8th grade. But his anxiety there is so overwhelming, she soon finds herself rushing him to the Emergency Room instead.

The Protection of Lawful Commerce in Arms Act fares better on its 2nd attempt, and President Bush signs the NSSF”s “shield” into law, bringing an end to the legal war over gun liability.

With the help of Dr. Fox, Nancy finally achieves “homebound” status for her anxious son, who then disappears from the outside world.

In 2006, the Jefferson County Sheriff releases the journals left behind by the Columbine shooters. The grim documents are received by an online culture that has evolved dramatically since 1999.

Chapter 38: The Prison (a brief history of Garner Correctional Institution)

The prison in Newtown experiences a violent and controversial first few years, but proves invaluable when Connecticut is overwhelmed with mentally-ill offenders. Over time, Garner evolves into the state’s largest mental asylum.

On the first day of the 2006-2007 school year, a 19-year-old in North Carolina launches an attack on his old high school. But his actions portend something beyond another generation of Columbine “copycats,” and more like a cult.

Nancy’s son emerges from 36 Yogananda after nearly a year of seclusion, for his first day of high school. His father, unsatisfied with Dr. Fox’s care, seeks a second opinion.

In the fall of 2006, another dark wave rises, with attacks at a college in Montreal, a high school in Colorado, and even an Amish schoolhouse in Pennsylvania. Newtown double-checks its security procedures, vigilant against the threat.

Nancy brings her son to the Yale Child Study Center for an evaluation, but is resistant when their recommendations include medication. At home, the teenager finds a new website — and a new obsession.

In 2006, the House tries to repeal the “Dickey Amendment,” and fix a peculiarly American problem: that a nation so dedicated to protecting its access to guns had also banned itself from studying the consequences of gun ownership.

Chapter 44: The Fear That Paralyzes

Peter notices that his son’s emotional state finally seems to be improving, after visits with a nurse from Yale. But when the nurse convinces the Lanza parents to medicate their child, things immediately go bad.

Virginia Tech becomes the site of the worst mass shooting in American history, in April 2007.

In the days after the Virginia Tech shooting, the gunman is posthumously unveiled as the latest Columbine disciple, while his message is broadcast nationwide. From his computer, Nancy’s son absorbs the spectacle.

Chapter 47: Lost in the Wild

For the 10th grade, Nancy’s son demands to be in “mainstream” classes, with no special treatment. Nancy and her team hatch a plan to trick him into thinking that’s what he got.

Chapter 48: The Ghost in the Machine

A Columbine follower strikes in Finland, and leaves behind a Unabomber-like “manifesto.” In Sandy Hook, Nancy’s son hosts a LAN party, but has trouble keeping up with his mainstream classes.

The mental health history of the Virginia Tech shooter is brought to light, as the federal government tries to patch the holes in its background-check system for gun buyers.

Another wave of attacks hits in the wake of Virginia Tech, striking at a shopping mall in Nebraska, a church in Colorado, and a college in Illinois.

An incident at the high school suddenly puts Mr. Novia, the only staff member Nancy trusts, in peril of losing his job. At the same time, her son’s condition worsens — and his obsession deepens.

Chapter 52: Law of the Land

The US Supreme Court finally settles the issue of gun ownership for self-defense, in their DC vs Heller ruling. Then, with the election of Barack Obama, gun manufacturers see a spike in sales unlike anything the industry has ever seen.

A bad night at 36 Yogananda finds Nancy dwelling on the past, and exchanging tense e-mails with her teenage son — even though he’s right upstairs.

A woman in Stamford is conflicted over what to do about her domesticated pet chimp, who grows bigger and stronger every year. One day in February 2009, the situation comes to a violent resolution.